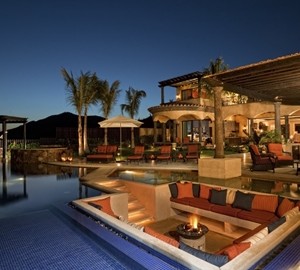 The National Association of Realtors recently reported that sales of existing homes priced above $1 million rose rapidly in October, underlining the strengthening real estate market in the United States. The NAR noted that this trend correlated with growth in the stock market as well.

"There is little volatility in the stock market. It is whoppingly higher, so people in the top 10 percent of wealth are really feeling confident now," Lawrence Yun, chief economist for NAR, told Mortgage Professional America.

The sale of homes priced over $1 million grew by 16 percent in October, a faster growth rate than any other sector in the market. Furthermore, the second strongest sector was the $750,000–$1 million range, at 12 percent.

Much of this growth focused in the luxury segment in California, as well as New York and Miami. The higher the price point, the increase in the number of sales, NAR reported, with sales of homes valued over $5 million up 18 percent in the third quarter of 2014.

Nela Richardson, chief economist for Redfin, however, told CNBC that the market is likely to even out now.

"It's the new economy of the energy boom and other industries moving inland and taking dollars with them. Our agents are going crazy in Houston," Richardson said.

This trend is also being driven by increasingly strong pockets of luxury homes inside otherwise affordable locations. Houston, following Richardson's example, is number six on a Redfin survey of markets with the most million-dollar sales, but the median home price is well below the national average.

Overall, sales in the $1 million plus range are approaches 2007 levels, when the housing market peaked. However, reports indicate is far more stable this time around, with many shopping for a new home finding that it is easier to get a mortgage for a $700,000 home than a $400,000 one, according to the Washington Post. Guy Cecala, publisher of Inside Mortgage Finance, told the Post that there are more opportunities for wealthier borrowers than any other period in the last decade.

Sacramento in particular remains at the height of the luxury home market, as well as the national average price range. This makes it an ideal place to look for a new house regardless of your ideal price point. If you're interested in buying luxury homes or new construction in Sacramento, Placer county or the surrounding areas, contact me, top real estate agent Jon Hesse. With more than $100 million in completed transactions and a decade working in the local market, I have the experience necessary to help you buy your new home at the best possible price.