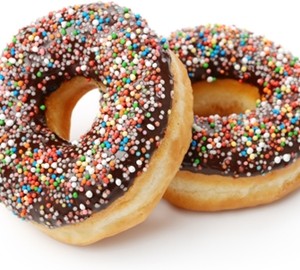 People are picky about their coffee. While diehard Starbucks and Peets Coffee & Tea fans in Sacramento and the surrounding area have no problem satisfying their caffeine cravings, many Northern California residents who are dissatisfied with these current options have been wondering if Dunkin' Donuts will ever make it over to the west coast.

According to fast food industry news website QSR Web, these folks are in luck, because Dunkin' Donuts recently announced that it will be developing 46 new stores in the Greater Sacramento area — and even more in other parts of California and the west coast.

"With our plans to develop more than 100 Dunkin' Donuts restaurants over the next several years, we feel our restaurants will play an important role in the daily lives of people who live, work and visit the southwest and western states," said Ted Morton, CEO and president of Sizzling Platter LLC, one of Dunkin' Donuts' existing franchise groups. "We are excited to bring Dunkin' Donuts' high-quality coffee, sandwiches and baked goods to California, and look forward to breaking ground on the first of many California locations."

CBS Sacramento reports that it is unclear when the stores will open.

Sacramento is the 35th largest city in the United States, and the population continues to expand as more people relocate here from the expensive, clogged Bay Area. As Sacramento grows, it's likely that even more companies will bring their business here, thus benefiting the people who call this city and its surrounding area home.

If you're interested in viewing Sacramento real estate listings — or looking at homes in other parts of Northern California — contact Jon Hesse, one of the most successful real estate brokers in the area, today.