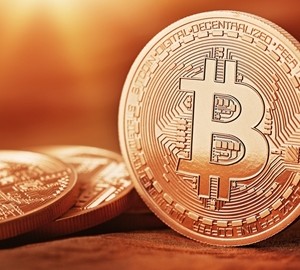 A lot in the Lake Tahoe area recently sold for 2,739 bitcoins to an unnamed Silicon Valley entrepreneur, The Wall Street Journal reports. The value of bitcoins, a digital currency, fluctuates, but at the time that amount was worth roughly $1.6 million.

The transaction is one of just several worldwide to involve trading real estate property for bitcoins The Journal mentions one anonymous buyer who shelled out more than $500,000 worth of bitcoins for a villa in Bali earlier this year. In May, a Kansas City man paid $500,000 worth of the online currency for a home near Kansas City, according to local TV news outlet KCTV.

The Lake Tahoe property consists of 1.4 acres in Martis Camp, a luxury resort near Truckee that boasts a golf course, 44-seat movie theater, a ropes course and zip line. The newspaper says that the owner plans to build a home on the lot, which has beautiful views of the Pacific Crest.

Alan Silbert, CEO of bitcoin marketplace BitPremier, was not involved in this particular deal but says that it noteworthy for anyone interested in the growing role the digital currency is playing in luxury purchases.

"As far as I know, this would definitely be a record breaker," Silbert told The Journal.

It should come as no surprise that a successful Silicon Valley professional would be interested in owning property near Lake Tahoe, just a short distance from San Jose. The area is one of the most beautiful in the world, offering year-round recreation opportunities, from snow skiing to boating.

If you are interested in seeing California homes for sale near Lake Tahoe, contact me, Jon Hesse. As one of the top real estate agents in the area, I have completed more than $100 million in transactions in El Dorado, Placer and Sacramento Counties.